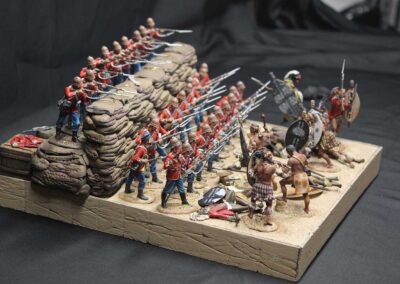 A lot of action in a small space 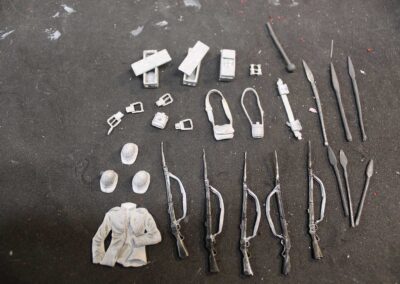 Old Casting of British equipment, rifles and empty uniform jackets and Zulu Weapons and shields collected over the years added interesting and unique details to the battle scene. 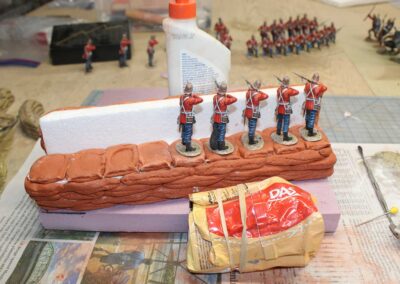 he Mealy bag wall under construction using DAS Pronto air dried clay over a Styrofoam armature. Each figure was pressed into the clay to correctly position them along the wall and base, all of whom were then shipped separately in their own boxes to prevent possible damage. 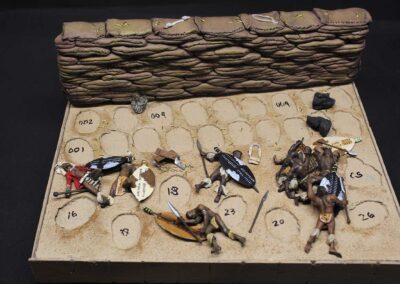 The base just prior to shipping with the First Legion figures sent separately in their original boxes to insure no damage to the diorama. Each figures place on the base was marked with their ID number for easy set up. 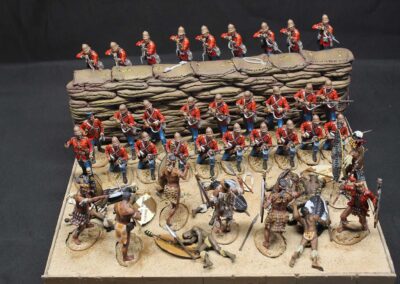 The steadfast British 24th Foot in their desperate attempt to hold off the attacking Zulus, built a mealy bag wall as a last stand defensive position. 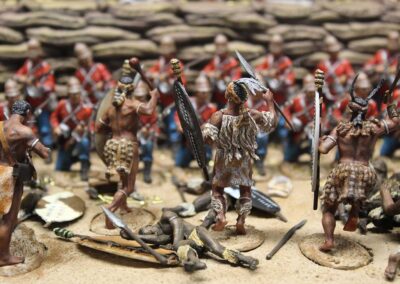 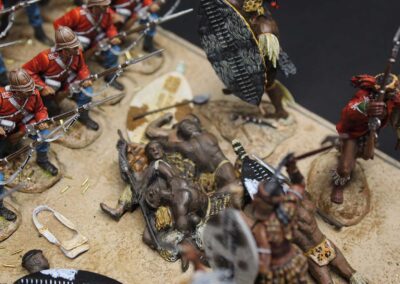 A set of rubber Comte dead Zulu castings, painted and detailed by the author illustrate the price many brave Zulu warriors paid during that fierce, close quarter battle. 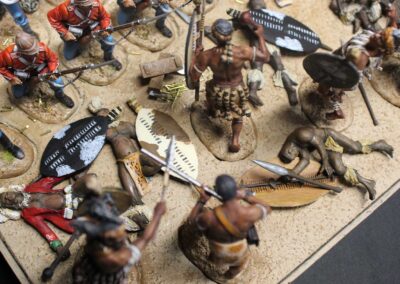 40 year old castings from Rose and Miniman miniatures, plus the authors own sculpts make up the several dead Zulu bodies that augment the beautifully detailed First legion figures.Also note the open ammunition box with .scattered shell casings, one of many small details to the diorama. 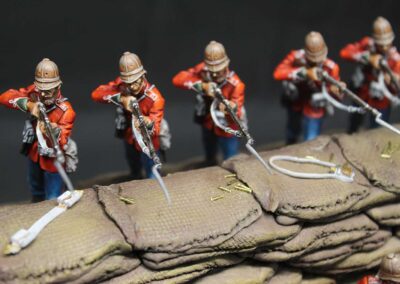 Detail of the Mealy bag wall, made from DAS pronto clay, then presses with woven cloth to simulate the rough weave texture The seems were scribed with an X-ACTO knife, and a brass wire was cut into pieces for the spent shell casings from the Martini-Henry breech loading rifles and then scattered along the top and steps of the wall and ground below. 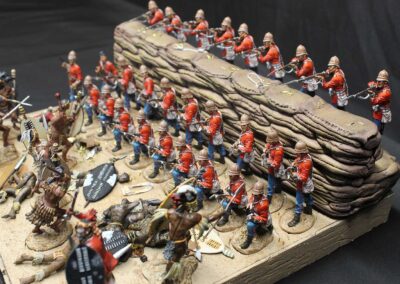 The diorama illustrates the last desperate moments where the British soldiers, firing volley after volley by rank order, finally turn the tide of battle in what had looked like a certain defeat and massacre as happened the day before to a much larger British camp at Isandlwana, 6 miles away. Eleven Victoria Crosses, the most for any one battle n British history, were awarded to to the defenders, along with other decorations and honors.