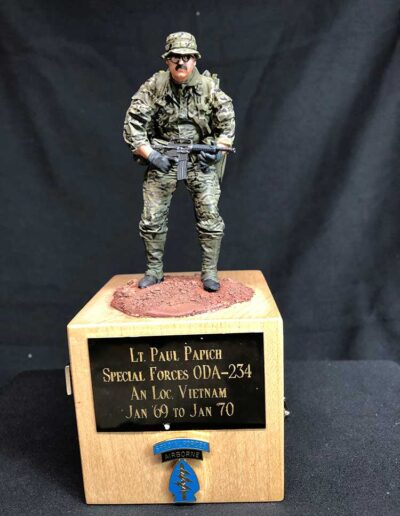 Paul and I have remained friends for over 50 years since we served together in Vietnam. 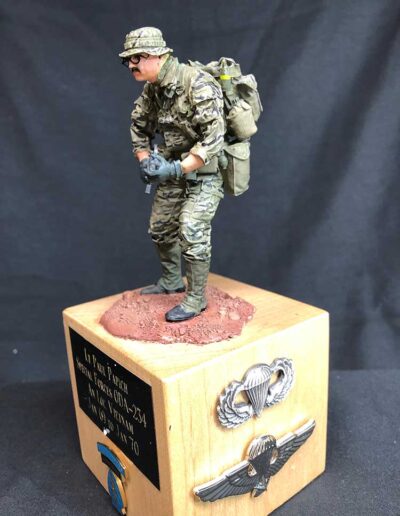 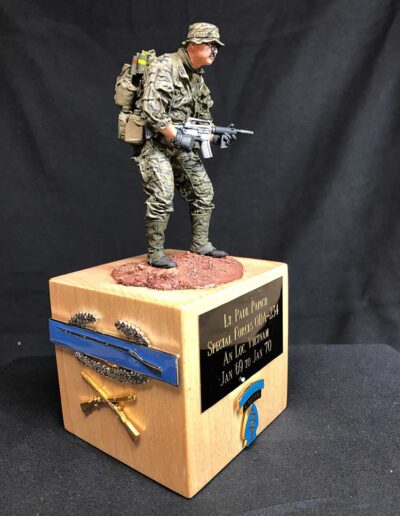 Paul Papich, my XO for Special Forces Team A-234

Paul was the Team XO at AnLoc, RVN in 1969. I have made several sculpts to present as gifts to my close friends that served in Vietnam 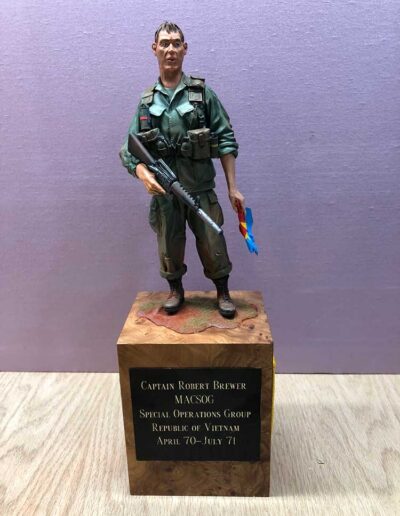 Best Friend Robert Brewer, who served with the Vietnamese Airborne in Cambodia and then MACSOG, a top secret unit that conducted secret missions into neighboring countries 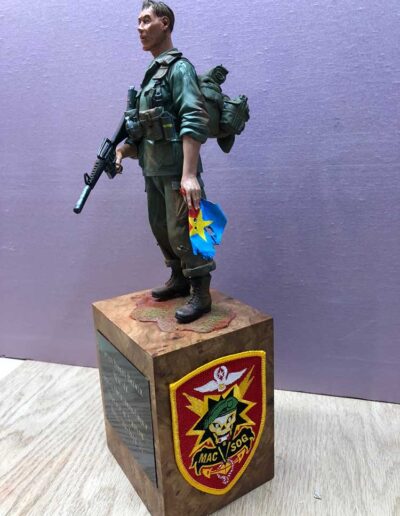 Bob served with distinction, winning the Silver Star and 2 Bronze stars. He is the recently retired US Attorney for Southern California, living in San Diego. 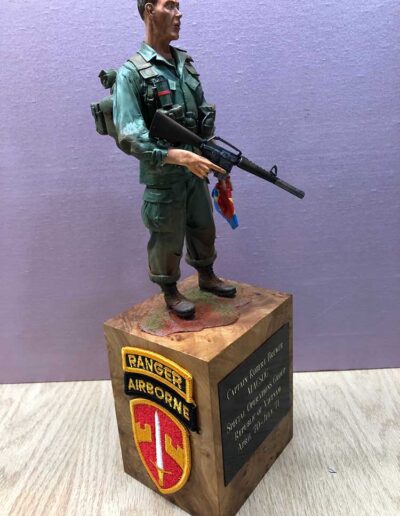 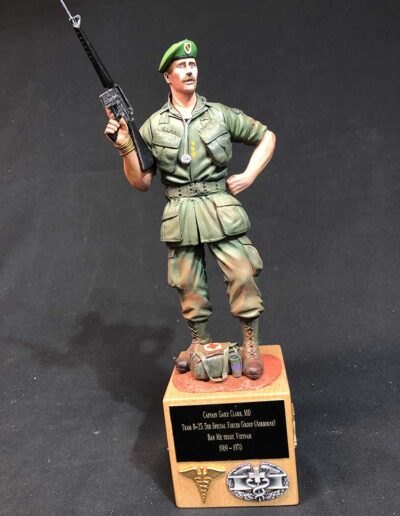 Gary Clark was our B-Team medical Doctor and the epidemy of the warrior physician that Special Forces attracted. He is still a practicing doc living in Boulder, CO 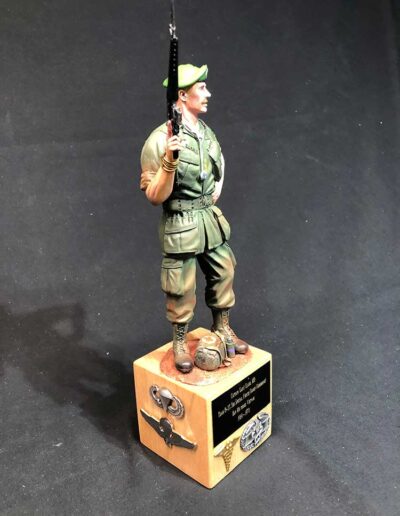 Doc Clark had a long and distinguished military career, retiring as a full Colonel. 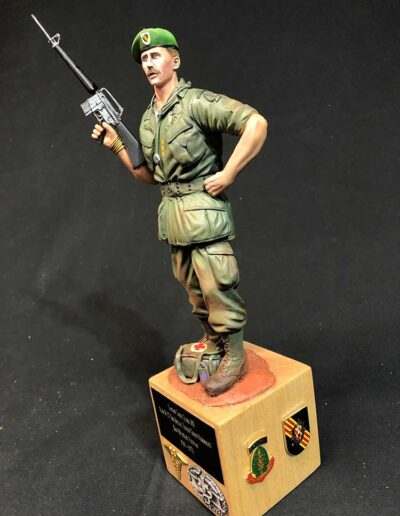 Doc treated me in his clinic in Ban Me Thout when I was wounded in August 1969. 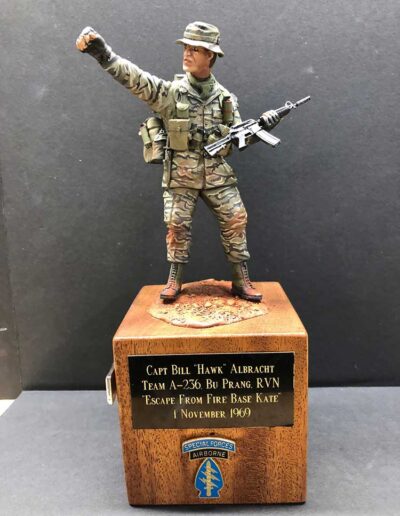 The day after he assumed command of Firebase Kate, He was attacked by4,000 north Vietnamese regulars. After 4 days of vicious fighting, he lead the 130 survivors through enemy lines to safety. He is currently being considered for the medal of honor. 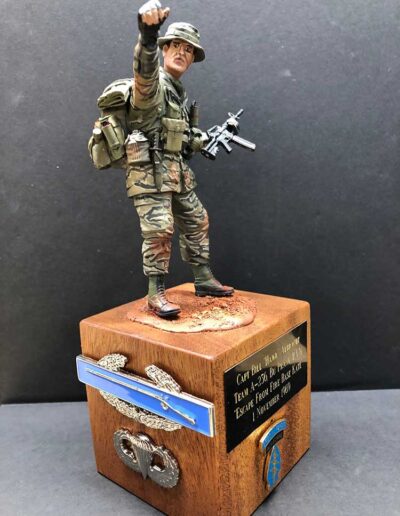 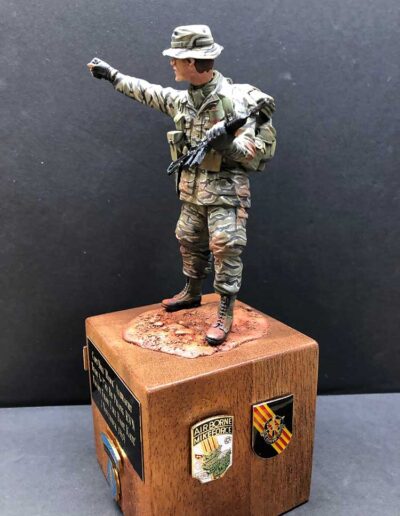 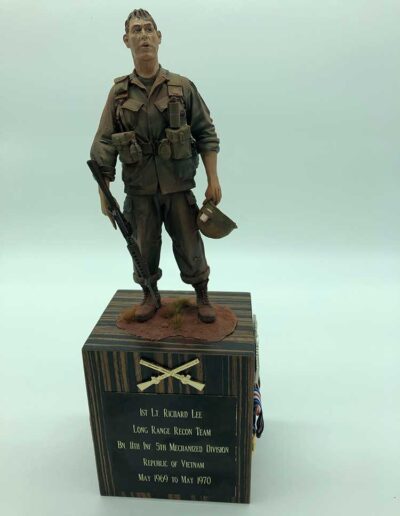 This is a modified 210mm tall Verlinden Sculpt, 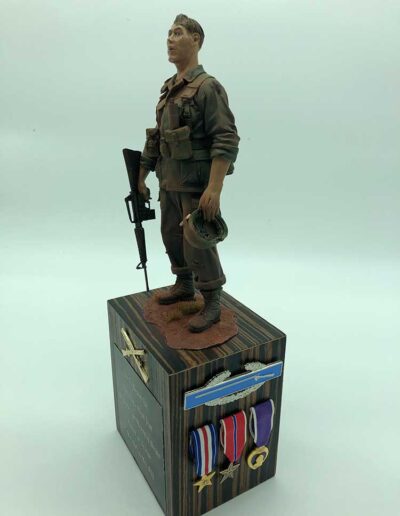 Dick won the Silver Star, Bronze Star and 3 purple Hearts in his tour in Vietnam 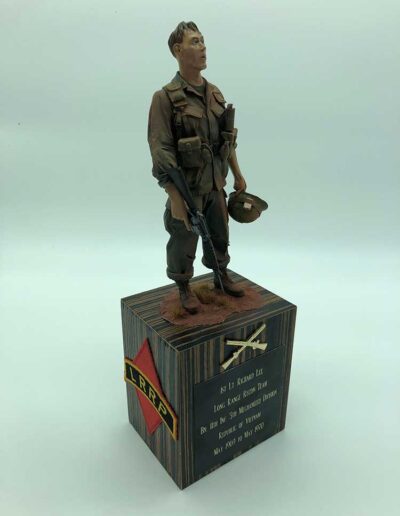 Dick was my fraternity brother who got drafted, went to OCS, and was a highly decorated officer in Vietnam. He is now a dental Professor at Loyola Universtity in Chicago 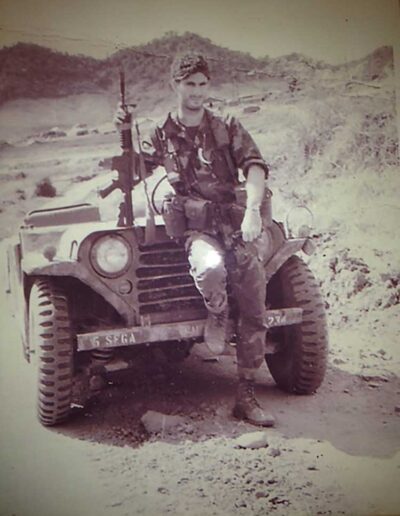 My self as a young Special Forces Lieutenant in Vietnam,1969