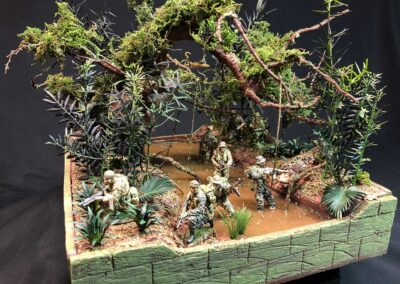 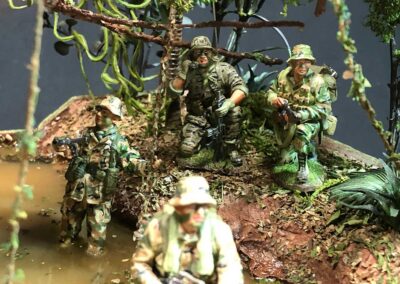 Keeping communications was critical for each patrol, especially on cross border operations where extraction timing was critical. As a patrol leader, I often carried the radio myself, and extra 25 lbs added to my kit. 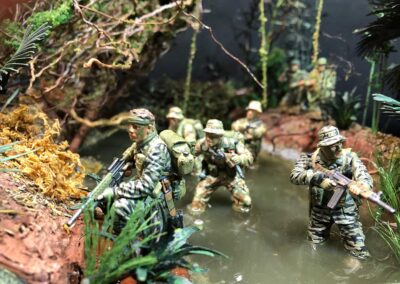 I cut the legs off below the knees and inserted wires for stability for those in the water. I cut off the arms to raise the rifles out of the water, then filled the gaps with putty and repainted each one. 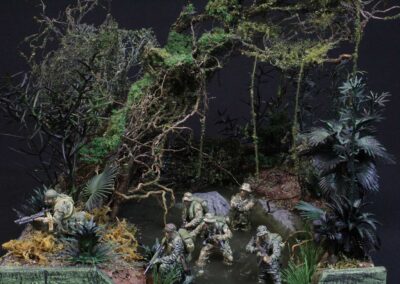 Multiple rally points are indicated during a patrols line of march for the men to fall back to incase of enemy contact, usually on a recognized terrain feature 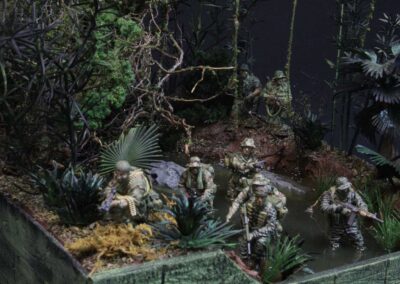 The radioman calls higher headquarters after each rally point is crossed so they are aware of where the patrol is on their line of march.

King and Country figures were modified and repainted to represent members of the patrol and imbedded into the stream bed, which was then filled with green stained acrylic to represent water 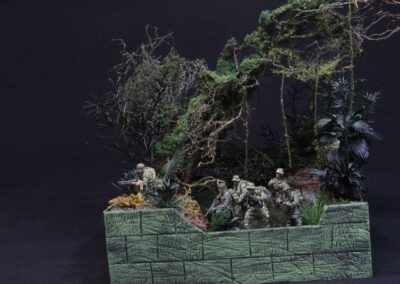 Trees and vegetation made from roots found in my garden and artificial plants found at local DIY store or on eBay. 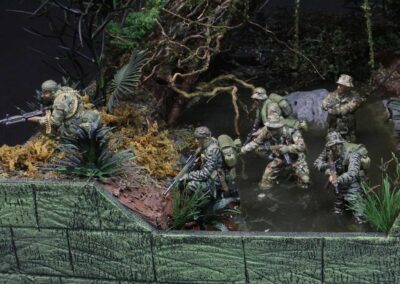 Figures from King and Countries great Vietnam series, most converted and repainted for the diorama