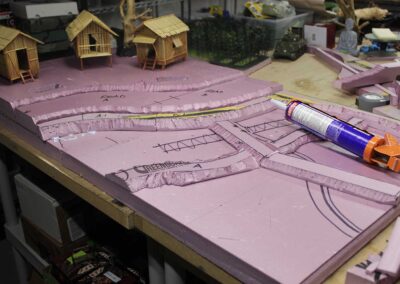 Using foam insulation created a light but strong base for the diorama, built in multiple levels to best display the 50 figures used in the multiple scenes. 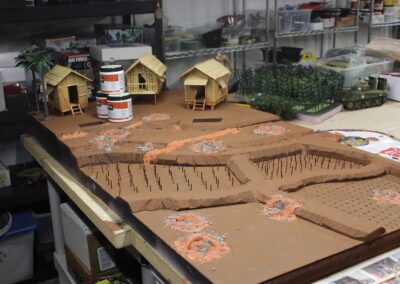 The diorama under construction

Using multiple materials, the base is created . Note the shell holes made from DAS airdried clay. The paddies created out of foam insulation and then water proofed with silicon putty for the water features in each paddy 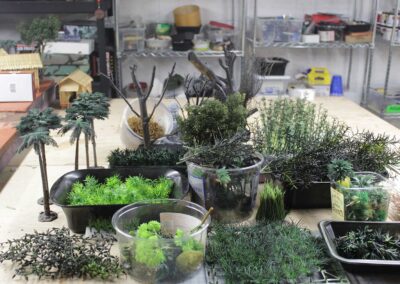 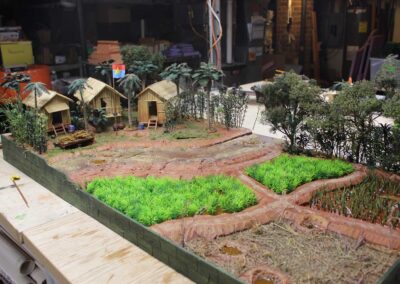 This is the finished diorama without figures. It took 3 weeks to complete 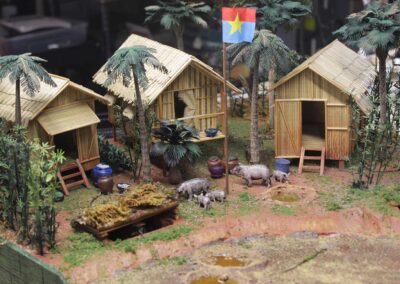 The village huts are hand made. Note the camouflaged bunker 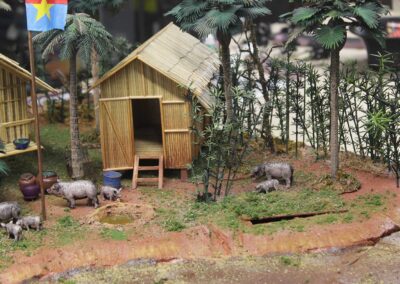 Details to bring the village alive 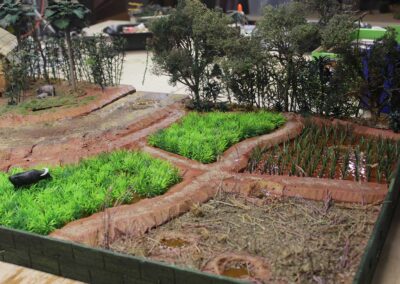 The base is 4’long by 2’wide with varying terrain 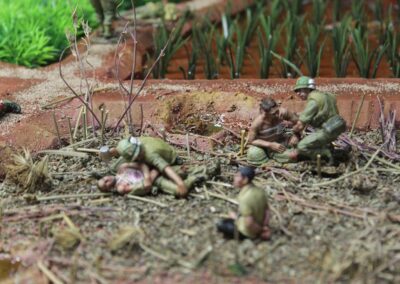 An aide station is set up in a dry paddy field to treat the wounded and prep them for helicopter med evac. 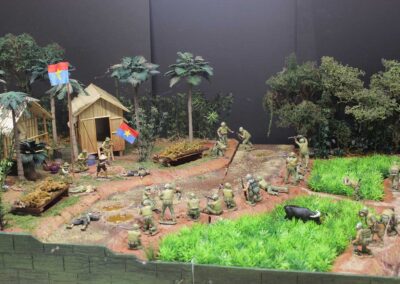 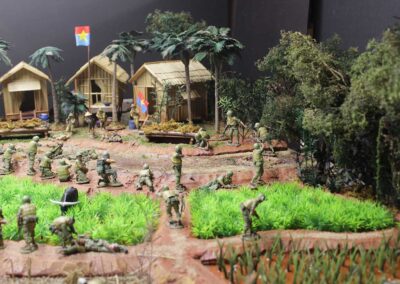 The fight is fierce 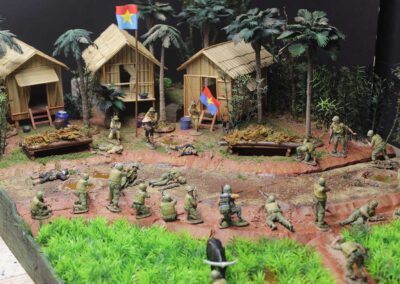 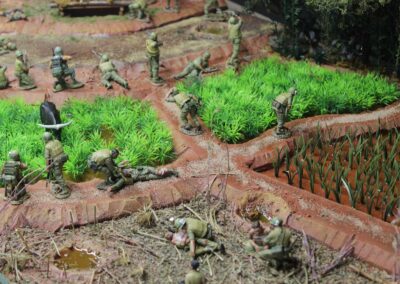 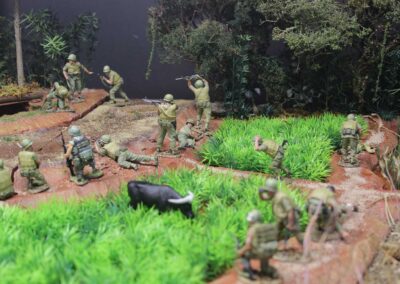 The Battle rages on

The battle rages on through surrounding rice paddies, while a buffalo calmly grazes in a rice paddy oblivious to the chaos surrounding it as I actually observed during a fire fight I was in there. 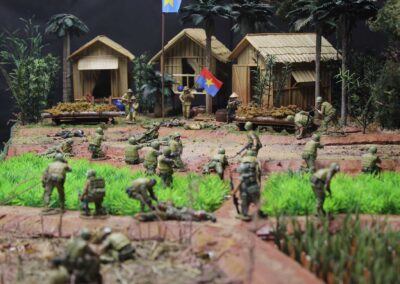 Marine on the offense 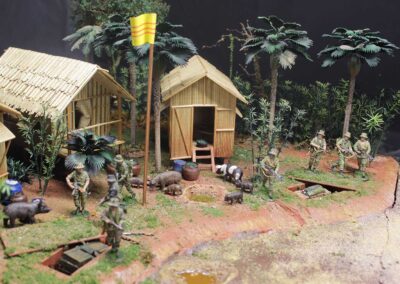 A friendly patrol checks out a recently deserted village flying the republic of Vietnam flag. Friendly?? 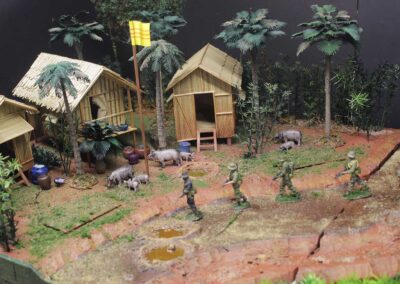 A US Special Forces patrol enter the village, looking for hidden weapons’ caches. The diorama can highlight many types of different situations found during the Vietnam War 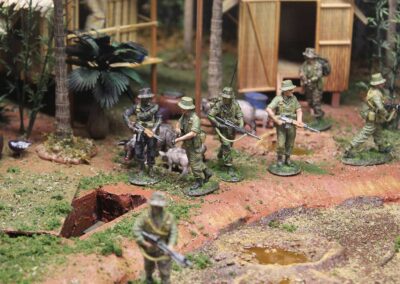 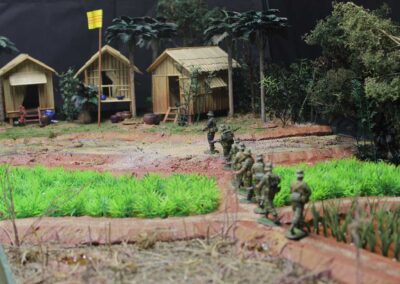 Australian patrol approaches a “friendly” village that was quickly deserted